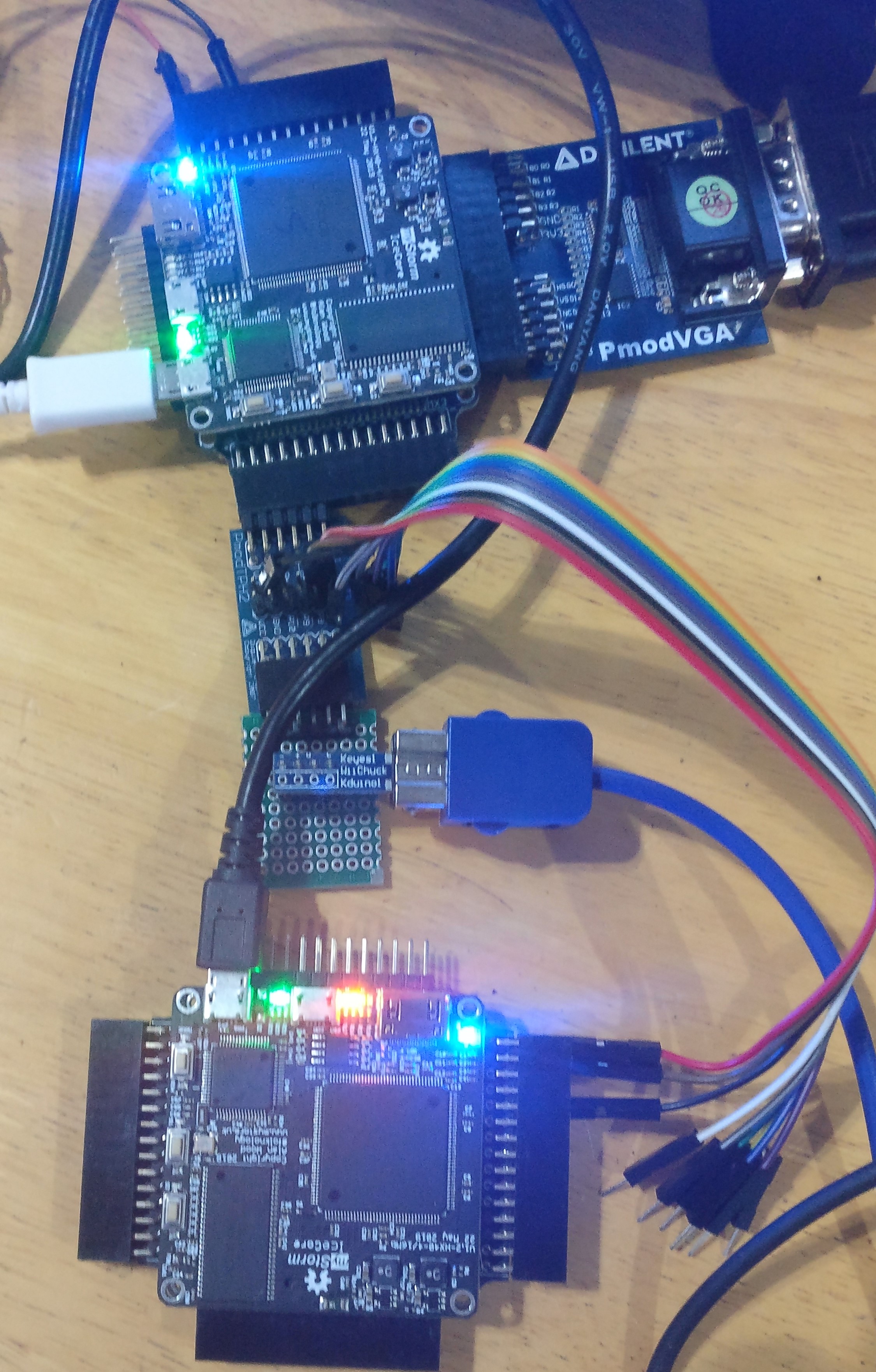 One logic analyser application that is available on BlackIce Mx is Ice40LogicSniffer, the OpenBench Logic Sniffer (OLS) ported to BlackIce by David Banks (@hoglet67). This can be built for BlackIce or BlackIce Mx by running the build.sh script in the blackicemx or the blackice directory.

OLS uses a variant of the Sump protocol. There are various OLS clients that can be used including https://lxtreme.nl/projects/ols/.

Here it is analysing the data from a key press via a test point Pmod connected to a Digilent PS/2 Pmod.

There are other clients such as PulseView, which is part of the Sigrok project. It has extra protocol decoders. Here it is decoding the I2C protocol: 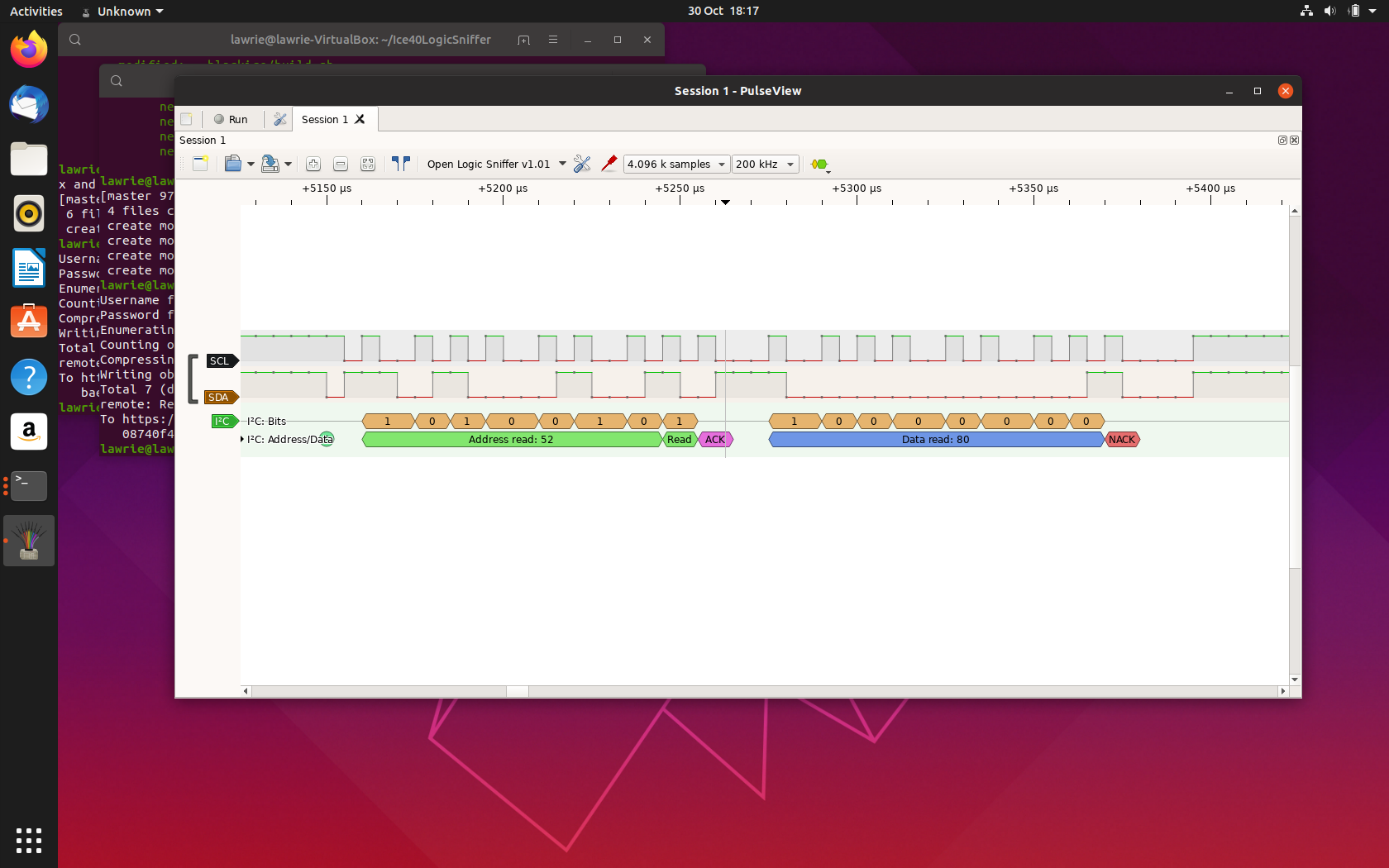 Another Logic Analyser that could be port to Blackice boards is SUMP2 by Kevin Hubbard of BlackMesaLabs. It uses run length encoding to enable more data to be sent between the FPGA and the client, and it has its own python client. There are ports of it to other ice40 boards.